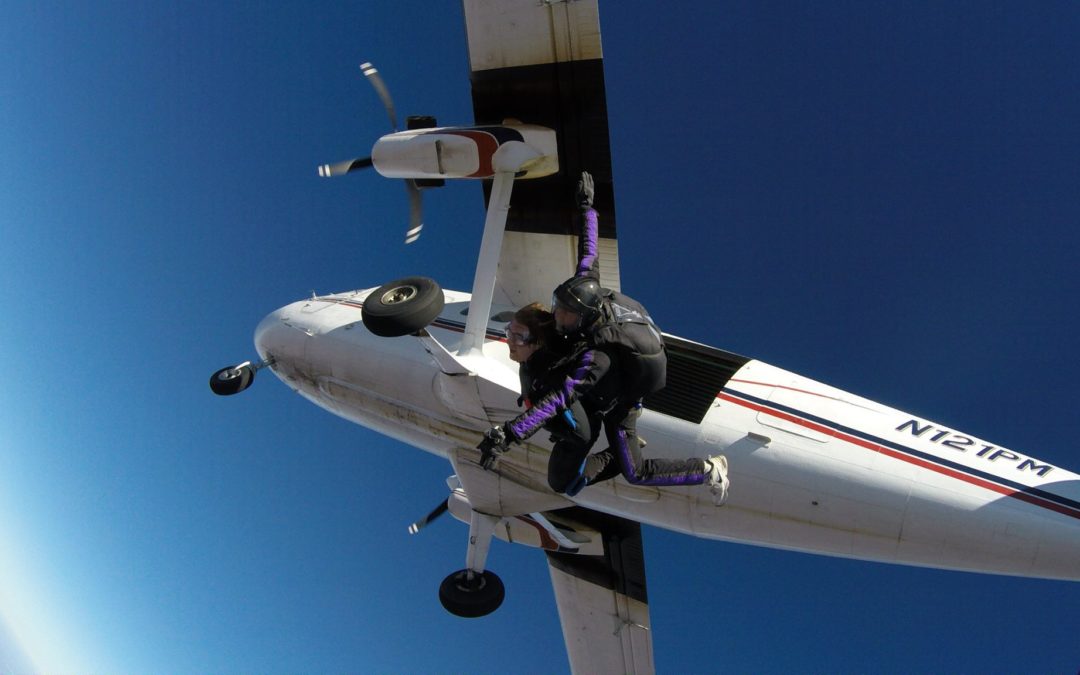 “Unless you’ve done it, you just can’t explain it to anyone.”

The man in the blue, yellow, and orange jump suit you see in the picture below?

Those were his words. 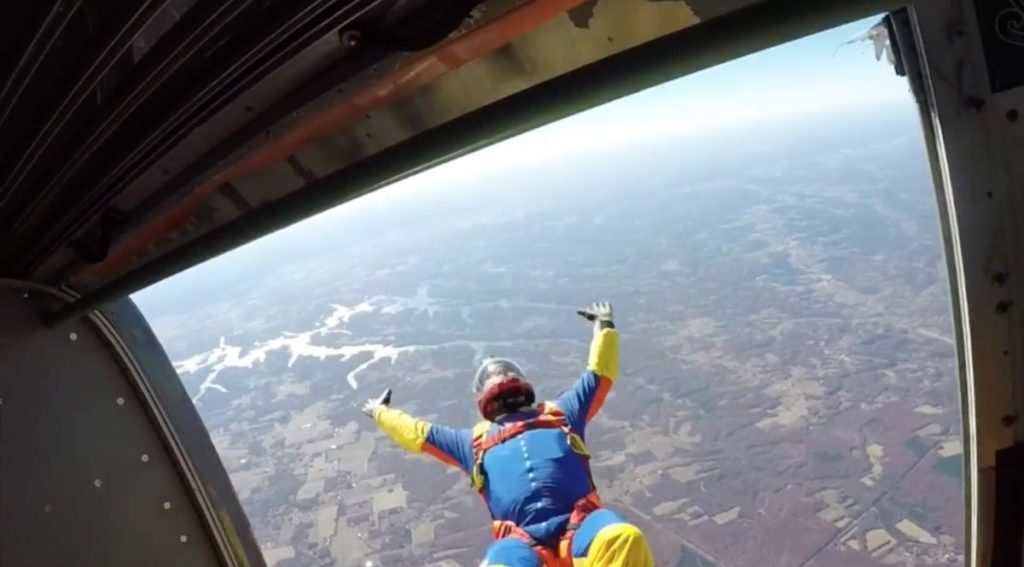 And quite honestly, he was right.

Sometimes in life, we love to talk about goals and dreams and things we would love to do.

I talk about dreams all the time.

And I always said that someday… I wanted to go skydiving.

But see, there’s a difference between saying you want to do something, or saying that you will do something… and actually doing it.

TV, video games, and novels allow us to live vicariously through others and “wish” that we could do things that they do, but really, many of us just choose to stay on our couch and consume content and never actually get up and do the very things that we say we want to do.

Well, I was fed up with just “talking” about skydiving. I decided to actually do it. I was just about to turn 24 years old, and I decided that I didn’t want to make it through 23 years of life without actually doing some of the things I had always said I was going to do.

So I called a friend, texted my sister, called the skydiving facility, and purchased the tickets before I could talk myself out of it.

And so…. we had an adventure.

Just a few decades ago (planes and parachutes haven’t been around forever ya know…) people couldn’t have imagined falling 14,000 feet out of the sky. They would have said it was impossible.

Well, I did it. I left a perfectly good airplane. My body hurtled towards the ground at 120+mph.  And boy was I nervous. But life only gives you so many opportunities to do crazy, impossible things.

And I plan to take those opportunities. I’m done passing them up.

It’s time to take action and make them happen.

Would you ever do something this crazy? Comment below and let me know!