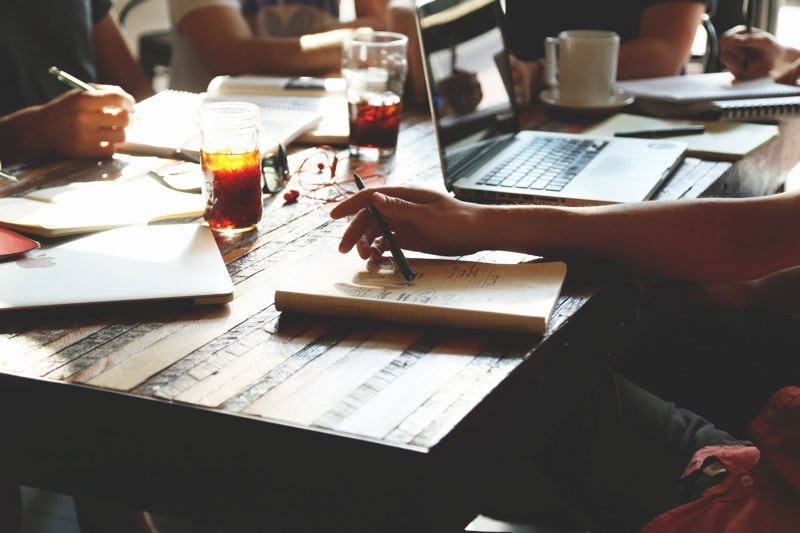 “You are the average of the 5 people you spend the most time with.” – Jim Rohn

I’ve been a part of a lot of teams over the years: sports teams, school project teams, performance teams, church teams, and in more recent years, I have been a part of several teams on tour in the music industry.

Having recently attended Music Makers Bootcamp with Grammy winning producer Seth Mosley, one of the points that was hammered into us over and over again was teamwork.

In the music industry (or in any industry really), we all have skills and gifts. We’re better at certain things (often because those skills are where we spend our time). However, you can’t be skilled at everything.

I do believe that there is a lot of value to wearing different hats. I think that as an entrepreneur in the music industry, it is important that I understand as many facets of this business as possible. That way, if necessary, I can complete certain tasks myself, or at a minimum I can at least have an intelligent conversation with someone else doing those tasks for me.

And ever since ShatterRed started, technically way back in 2009, that’s been the story: I’ve worn different hats… well, really, ALL of the hats.

I’ve been the songwriter.

I’ve been the video editor.

I’ve been the producer.

I’ve been the marketer.

I’ve been the graphic designer.

I’ve been the show arranger.

I’ve been the customer service rep.

I’ve been the manager.

I’ve been the web designer.

I’ve been the radio promoter.

I’ve been the lead singer.

I’ve been the booking agent.

But here’s the unfortunate truth: while I am very skilled at some of the roles above, I am NOT skilled at all of them.

Nor do I have time for all of them.

And it’s been a lot of work doing all of these things largely by myself up to this point… for about 7 years.

Don’t get me wrong, ShatterRed is a band, and all of the bandmates that have come through this group have been great.

But more often than not, the others have just played music with this group. There is a LOT of work that has to happen behind the scenes to make a band work, and unfortunately, the majority of that has fallen on me.

But that’s alright. This is my passion and this is my vision, and I’m happy to make the necessary sacrifices for it.

That said, it’s finally time to change things up. It’s time to start building a team.

It’s starting slow, but ShatterRed is in a whole new financial position compared to where we were a year ago: and that means we are able to, for the first time ever, really start a team and make this a group effort, rather than one person struggling behind the scenes to get a million things done.

There’s a lot that goes into building a team too! We just started with a new program called Slack to try and keep us organized – but we now have 4 team members inside of there who are actively participating in projects on behalf of this band!

We’re growing, and we’re going to continue to grow.

Things aren’t perfect at all yet (will they ever be?). But for now, we’re taking it one step at a time.

Eventually, I can’t wait to have one team truly united around one vision: serving all of you (our fan base) with the goal of pushing you more and more towards the truth of the Gospel.

Because when that’s what drives every single action from this band, at the end of the day, nothing will be impossible.

Watch out world. ShatterRed is coming.